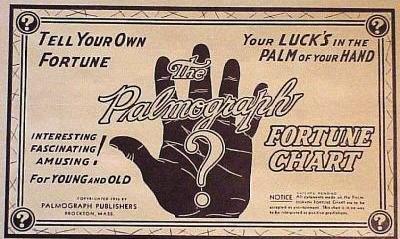 Gary’s family background is part Celtic in origin. His Grandfather and Mother achieved BBC TV and Radio fame during the 1950’s, performing with celebrities and working as mind readers, escapologists and illusionists. They also became known in the fields of clairvoyance and palmistry. Gary’s mother took part in the ‘performances of mind readings, ‘and illusionist’s performances. The act was known as ‘The Great Marlo and Georgina’.

Georgina, Gary’s mother, claims to have been able to read people’s minds since she was a little girl. 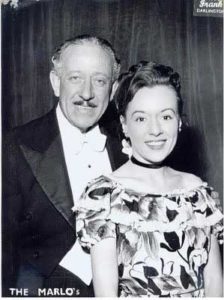 This is a video of my grandfather the Great Marlo burying his assistant in the ground in Kent UK. My mother was also involved in the acts and they were known…

The Great Marlo and his daughter Georgina (Gary’s mother) were given seventy different tests before they were booked for their high spot broadcast. “We were successful in 63 of them,” said The Great Marlo, “It runs in the family, my great grandmother was ducked as a witch.” 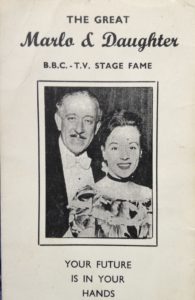 I know just what you boys are thinking,” says Georgina

Georgina Lindsay, 19, has promised her fiancé that she will give up working when she marries him in February. This is just as well, as Georgina – engaged to George Markwick of Camden Town, London – works as a mind reader. The BBC, has booked her and her father, The Great Marlo, for their Christmas Night studio party, at which Jimmy Edwards will be host. Georgina has been rehearsing with servicemen at the Nuffield Centre (above). She promises to tell listeners exactly what Jimmy Edwards and the rest of the guests are thinking on Christmas Night – and they’ll be asked afterwards if she’s right. 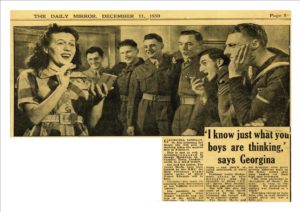 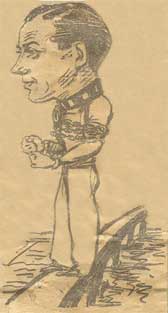 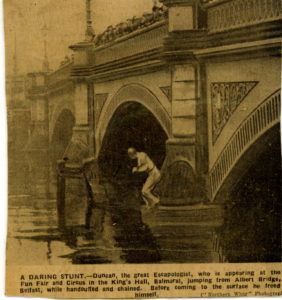 The above is a caricature of Death Defying Duncan the famous escapologist (named as the ‘British Houdini’). Preparatory to diving off the Albert Bridge, Belfast, at one o’clock yesterday when he again attempted to defy death by a sensational dive into the Lagan, bound with thirty feet of chain and five pairs of handcuffs, and his head encased in a chain helmet. Mr Duncan said afterwards that this was one of the riskiest dives made in his entire career.

Gary’s grandfather who was originally known as “Duncan” the escapologist. At a later date he became known as “The Great Marlo”. His birth name was David Galloway Lindsay born in Edinburgh Scotland 1899. 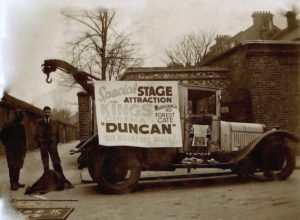 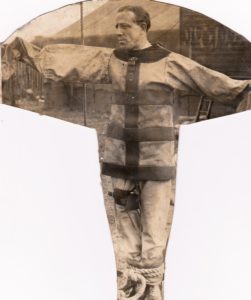 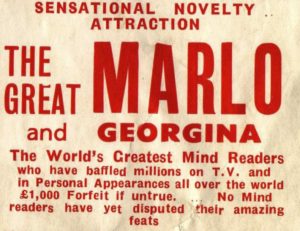 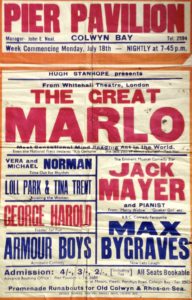 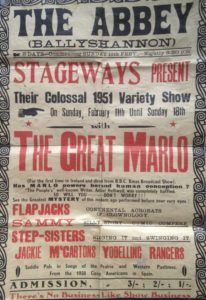 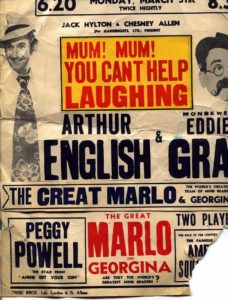 Gary’s uncle Roy who began performing mind reading with his father the Great Marlo until he predicted his own death before going on stage at the Royal Worcester theatre Worcestershire at the age of sixteen. After a short period of time, Gary’s mother Georgina at the age of fourteen years old, was trained and introduced by her father to perform mind reading. This followed with the Great Marlo and Georgina topping the bill at many theatres around England, Scotland, Ireland and Wales and then becoming well-known with the BBC.

Images below: Roy Known as “Marco” The Boy with the X-Ray Eyes.

Roy who predicted his own death. 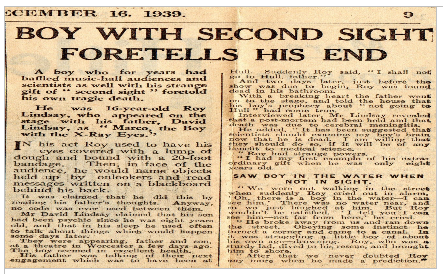