Palmistry is one of the oldest studies in the world.

In the original Hebrew of the book of Job (chapter xxxvii, ver.7), we find these significant words: “God caused signs or seals on the hands of all the sons of men, that the sons of men might know their works.” 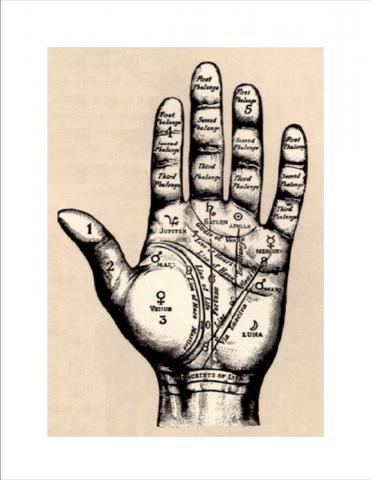 Palmistry is said to have originated in India and then spread throughout China finding its way to Egypt, Greece and then to Europe, although, humans have had an interest in hands since the Stone Age. The many paintings in caves from prehistoric times show evidence of this.

Great leaders and others of a reputable nature throughout history have also been known to take an interest in Chirognomy (the shapes of the hands), Cheiromancy (the lines of the hands) and Dermatoglyphics (fingerprints).

Moses of the bible told his leaders to go and find men to become chiefs of the tribes of Israel. When asked, “How will we find them?” He replied, “You will know them by the signs on their faces and by looking at their hands.” The Emperor of China used his thumbprint to seal documents; Aristotle the Greek philosopher wrote a treatise on palmistry and presented it to Alexandra the Great who also became interested in it. Hippocrates the Greek physician had knowledge of palmistry and Julius Caesar judged his men by looking at the back of the hands. Paracelsus and others of his time had brought palmistry to the fore, and Napoleon also judged his generals by their thumbs. In more recent times, at the beginning of the last century, Scotland Yard began to use fingerprints for catching criminals, and the psychiatrist Carl Jung also took great interest in the science and art of Palmistry,

The reading of hands is not a mere superstition. It is a science that was studied by the ancients along with astrology and has developed and been used ever since, right up until this present day.

Despite its suppression throughout the Middle Ages and the prohibited use of it during the reign of King Henry VIII (who banned Palmistry and other alternative practices, brandishing those who used it as sorcerers and devil worshipers). It is still flourishing more than ever today, especially in these stressful modern times when we are all searching for truth and answers within ourselves.

Many doctors and psychologists who have investigated its science have shown from their conclusions that hands have the potential to reveal a person’s character, health and psychological states.

Although Palmistry is a science and an art, by using psychic intuition a much greater understanding can be achieved.

The one thing that many people do not know about Palmistry is that the lines on the palm do change, within as little as two to three months. As nothing is permanent in life and to some extent, we do have the choice to make our own destiny!

Throughout its long history, the most talented Palmists were available only to a few people in their local neighbourhood. Now thanks to modern technology anyone in the world can have a reading from the most experienced and gifted palm readers on the planet. Gary offers Personal Palm Readings Online through Skype, Facetime and Email. 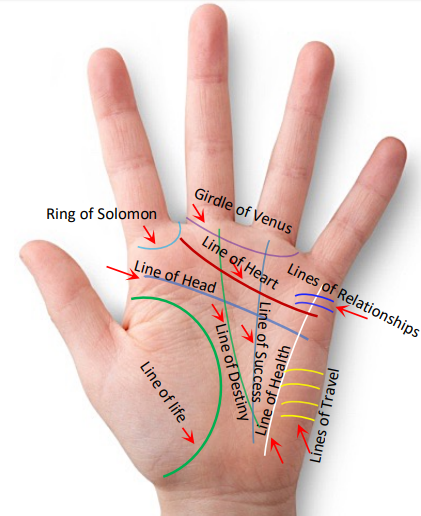